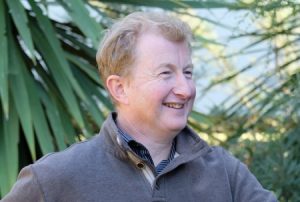 Institute of Environmental Science and Research

In August 2016, the Havelock North water supply became contaminated with the bacteria Campylobacter jejuni. As a result, thousands became ill, and the deaths of four people were directly linked to the outbreak.

Dr Brent Gilpin is Science Leader at the Institute of Environmental Science & Research. He is a molecular microbiologist whose primary research interests include the application of genetic analysis techniques to understanding foodborne and waterborne outbreaks and disease, microbial water quality, faecal source tracking, and zoonoses (diseases or infections that can be transmitted from animals to humans). Campylobacter from the Havelock North water supply were isolated in his laboratory from water samples taken on 12 August 2016. Since then the outbreak and its consequences has been a regular feature in his life.