In the 2010-2020 period, New Zealand experienced major demographic change : declining fertility, rapid population ageing, and the highest ever net migration gains. All these had implications for New Zealand’s regions, including Hawkes Bay. COVID has confirmed some of these changes and accelerated others. This has become obvious in Hawkes Bay over the picking and processing in the 2020-2021 summer and the reliance on temporary overseas labour. This was always going to be unsustainable and COVID has confirmed this with considerable emphasis. Hawkes Bay will be a very different place in 2030. This talk discusses demographic change – past and future – and the implications for Hawkes Bay.

Distinguished Professor Paul Spoonley was, until recently, the Pro Vice-Chancellor of the College of Humanities and Social Sciences, at Massey University. He is the author or editor of 27 books, including Rebooting the Regions (2016) and The “New” New Zealand. Facing Demographic Disruption (2020). He is currently writing a book on the extreme right in this country. He is a Programme Leader of a research programme on the impacts of immigration and diversity on Aotearoa (MBIE, 2014-2021, $6 million). He was made a Fellow of the Royal Society of New Zealand in 2011 and was granted the title of Distinguished Professor by Massey University in 2013.

preceded by a short presentation of the microscope itself by former President of the Branch, Dr Elizabeth Pishief

In 1890, Rev. William Colenso FRS FLS was Secretary and Dr William Isaac Spencer FLS MRCS President of the Hawke’s Bay Philosophical Institute, the forerunner to our branch of the Royal Society. The two collaborated in several of their scientific studies and both used Spencer’s microscope. This talk presents details of the lives of both men, with some emphasis on their scientific achievements.

Ian St George is a general medical practitioner, amateur orchidologist and writer of several biographies of New Zealanders, including both William Colenso and William Spencer.

Courtesy of the Royal Society Te Apārangi, here are some videos of past lectures. Simply click on any of the images below to watch the lecture

‘What’s really inside your medicine cabinet?’ was a public lecture presented by Professor Dame Carol Robinson in Christchurch on Friday 16 March 2018

‘Human longevity: myths and possibilities!’ is a talk presented by British gerontologist Professor Sarah Harper, founder of the Oxford Institute of Population Ageing, with introductions from Professor John Windsor FRSNZ.

Is New Zealand becoming a world leader in the bioengineering industry?
Professor Merryn Tawhai, Director of MedTech CoRE, examines our capabilities in this field, and also shows the progress of her own research, modelling the human lung with its implications for healthcare.

The 2018 Rutherford Lecture ‘super tour’ was presented by the 2017 Rutherford Medal winner Professor Colin Wilson FRS FRSNZ who delivered his lecture at 22 locations across New Zealand.

Patterson Rockwood Professor of Energy at Harvard University, Professor Daniel Nocera presented this lecture at Royal Society Te Apārangi on 20 February 2018, thanks to The MacDiarmid Institute.

A pioneer in energy conversion, particularly on the generation of solar fuels, Daniel talks about developing his inventions, the Artificial Leaf, which harnesses solar power to split water molecules into hydrogen fuel, and subsequently, the Bionic Leaf, in the hope that these inventions can become affordable energy sources to those in poverty.

Here are some of the lectures hosted by Hawke’s Bay Branch that have been videoed (with thanks to Wayne Dobson of EIT), and also videos of events hosted by other branches of the Royal Society.

Cost: $10 a head for drinks and nibbles; pay at the door (cash please). To secure your place, please email: secretary@hawkesbay.rsnzbranch.org.nz

From 1874, large numbers of Pākehā settlers travelled to the Athenaeum in Napier to attend monthly lectures of the Hawke’s Bay Philosophical Institute (HBPI). They came to listen, learn, take part in discussions and meet up with others interested in a range of subjects. In the main, those presenting their ideas and research were local.

Through and alongside the HBPI meetings emerged an inter-generational network of researchers, friends and supporters, both women and men. Drawing upon a range of primary and secondary sources collected during thirty years of research, the focus here is the behind-the scenes mentoring and the relationships between an inter-connected group who sought out and then shared new forms of knowledge. This celebratory tribute for the end of year features William Colenso, Henry Hill, William Spencer, Bessie Spencer, James Large, Amy Large, Frank Hutchinson, Herbert Guthrie-Smith, Georgina Guthrie-Smith and Barbara Guthrie-Smith.

Professor Kay Morris Matthews was raised in Hawke’s Bay, and has held academic positions at the University of Waikato, the University of Auckland and at Victoria University of Wellington. Kay is now Research Professor, Education, Humanities and Health Science, at EIT.Kay’s published research on William Colenso and Henry Hill has provided insights into their educational and research realms. Her current research, the biography of Anna Elizabeth Jerome Spencer, has led to a greater appreciation of the contributions of others involved in the HBPI, which from 1947, became the Royal Society of New Zealand Hawke’s Bay Branch.

In 1989 two respected scientists, Martin Fleischmann and Stanley Pons, stunned the world with the announcement of possible evidence for nuclear level energetic effects in a distinctly non-nuclear experiment; electrochemistry. The importance of this claim and its potential for science and mankind was as obvious as its improbability.

Dr Michael McKubre and many others around the world began to test the idea experimentally.  Some succeeded in generating evidence in support of the claim of “cold fusion”; many others attempted but did not encounter the nuclear realm, and the effect was labelled “irreproducible”. With the benefit of 30 years hindsight, scores of person-years effort and tens of millions of dollars spent (in Michael’s lab alone), it is clear that nuclear effects can and do take place in solids and liquids.

In his talk, Michael will explain the principles of, evidence for, the objections to and the potential of CMNS.

After under- and post-graduate studies in Washington DC and Wellington, Michael McKubre completed a PhD in Electrochemistry before heading first to the UK for post doctoral research and then to California to work at SRI, an energy research institute. Michael now lives in Napier, is still active in this field, and is one of our branch members.

Any country that borders the ocean is prone to tsunami. New Zealand is no exception and is exposed to tsunami from distant (e.g. South America), regional (e.g. Kermadec) and local (e.g. Hikurangi and Puysegur) earthquake sources. It has recently been recognized that during great subduction earthquakes (magnitude > 8) to the north of New Zealand along the Kermadec trench, the densely populated coastal areas on the north coast of New Zealand may not experience shaking that is significant enough to trigger effective and widespread self-evacuation. Since 2001, the Kermadec trench has generated over a dozen subduction earthquakes with magnitude > 6.5 that have not been strongly felt in north-western New Zealand, the largest with magnitude 7.7. A tsunami-generating earthquake in this region could potentially leave 10s of thousands of people exposed. The lack of obvious natural warning signs coupled with short tsunami travel times (~ 45 to 90+ minutes) from these earthquakes poses a significant risk to these communities; a risk which must be addressed by supplementing natural warning with a cautious interpretation of available instrumental data. Lack of strong shaking from these earthquakes is a function of both the most basic characteristic of earthquake ground shaking (the asymmetric way seismic energy from the earthquake source spreads out and travels to New Zealand) and the loss of seismic energy as waves travel through the volcanic region between Taupo and Tonga. These effects combine to reduce the ability of natural warning based on ground shaking to keep communities safe, and are likely applicable to major earthquake scenarios in other regions of the world. This finding suggests that for optimal reduction of loss of life during large regional earthquakes, self-evacuation messaging must be carefully explained and supplemented with scientific monitoring and alerting mechanisms to protect vulnerable populations.

Bill Fry is a research seismologist with GNS Science, a NZ Crown Research Institute, tasked with public good earth science, including monitoring and researching geohazards. He obtained his PhD in 2008 from ETH-Zurich in geophysics and has worked at GNS ever since, responding to earthquake and tsunami crises in NZ and liaising with government (central and regional) on numerous occasions through these responses. He has widely published on theoretical and applied topics in seismology and advises the Pacific Tsunami Warning Centre on technical issues. His current passions lie in using physics to understand changes in the Earth on human time-scales — processes that dynamically affect humanity.

“Gold coin plus” donations for the benefit of the Malaghan Institute

The human immune system is a complex network of cells and processes that is able to protect us against a wide array of diseases. When our immune system fails, our body can succumb to infections, auto-immune diseases and cancerous malignancies. Our work at the Malaghan Institute combines the use of world-class biotechnology and a community of scientists from all around the world to investigate the mechanisms that drive our immune system and how we can re-engineer it to overcome life-threatening diseases.

This lecture will be given by one of the Malaghan Institute’s PhD students, Hawke’s Bay born and bred Joshua Lange.

Joshua will give an overview on the fundamentals of immunotherapy and how
researchers are using it to re-empower a patient’s own immune system to fight off cancer.
He will also discuss the work surrounding a new major clinical trial at the Malaghan Institute
in close collaboration with the Guangzhou Institute of Biomedicine. This study is trialling
Chimeric Antigen Receptor T cell therapy (CAR T cells) in New Zealanders with B cell
lymphoma, which will be the first time this technology is able to be used in New Zealand.


Joshua received his Bachelor of Science with Honours in 2015 from the University of Otago, working on infectious disease. Since 2016, he has been a PhD candidate at the Malaghan Institute of Medical Research in Wellington as part of the Cancer Immunotherapy Programme. His research focuses on the development of novel vaccine constructs to drive immune responses to cancer. In close collaboration with the Ferrier Research Institute, these cancer vaccines have been shown to be able to modulate immune cells so that they better recognize and target cancer cells.

In 1966 a group of far-sighted New Zealanders set a course for world-class independent medical research to be carried out right here. In 2016, the Malaghan Institute celebrated 50 years of achievements in cancer, asthma, allergy, gut health and other research. 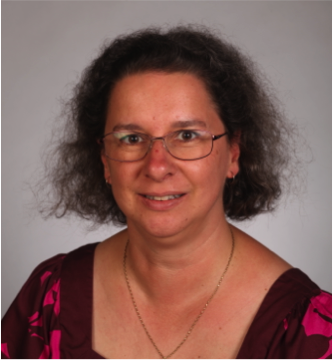 Members of the public are welcome – gold coin donation please